The elemental building blocks of the mesopelagic community

The elemental building blocks of the mesopelagic community

Elements are vital building blocks for all life on earth. Primates, fish, and crustacean alike consist of a mixture of macroelements such as carbon, phosphorus and sulfur, and microelements such as iron and zinc, making their metabolism functional. Elemental composition of small mesopelagic organisms such as fish and crustacean are largely undocumented. In a newly published study related to the SUMMER project, scientists investigated the elemental composition of twilight zone inhabitants. 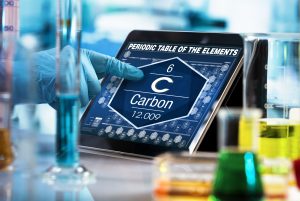 For the first time ever, in the Bay of Biscay, North-East Atlantic, the body composition of the mesopelagic micronekton community (fauna between 2-20cm in size) was studied, more specifically 4 crustacean and 11 fish species caught at a depth of 800 meters.

Large differences among species were observed for several elements, with trace elements (present in tissues in small amounts) showing the greatest variability. Especially silver, arsenic, cadmium, cobalt and vanadium. It was also found that crustacean and fish were significantly different regarding concentrations in some chemical elements. Concentrations of potentially toxic trace elements, such as cadmium and mercury were also measured to be above the certain safety tresholds, which could hold implications for potential exploitation of these marine organisms.