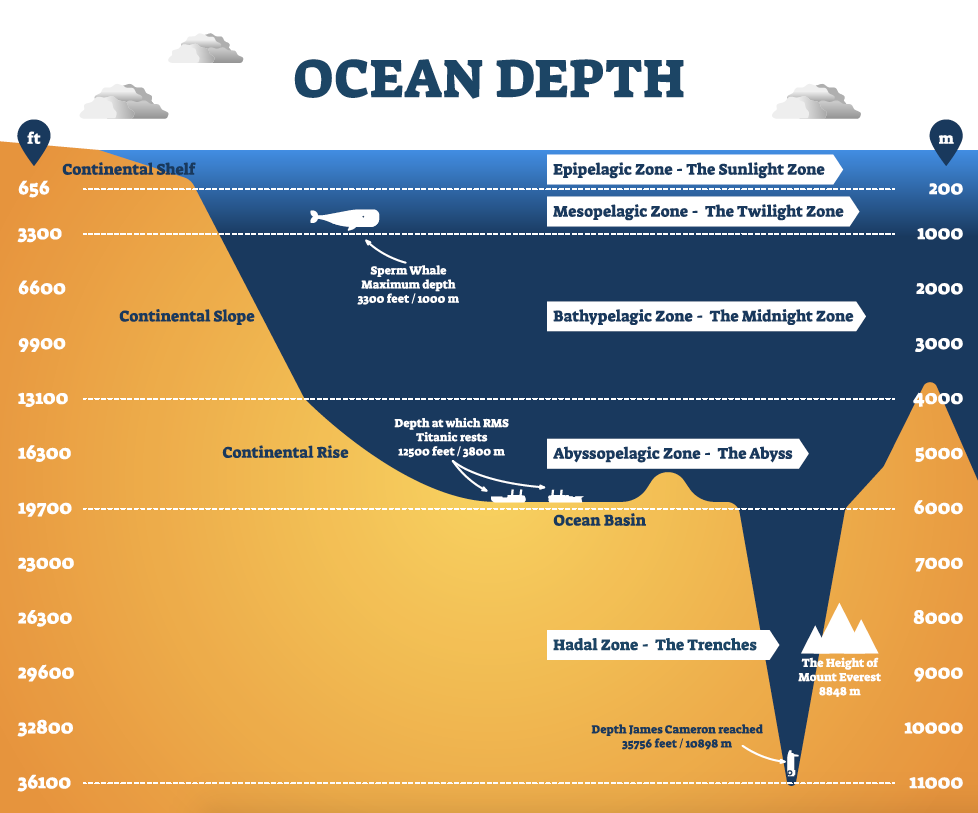 In  February 2020, an article about ongoing efforts to do research on the importance of the mesopelagic zone – or the Twilight Zone – was published in Nature

The article talks about the lack of coordinated research on this zone – especially in light of increasing interest from commercial actors to start exploiting this zone.

One of the examples brought forth was the Norwegian efforts to harvest krill – a species that is associated with this trophic level.

This article talks about many of the same issues as those that are tackled in the SUMMER project, and it is a good introduction to some of both challenges and opportunities that may arise from starting a commercial harvesting of different species at this level.

This graphic shows the zones of the ocean – and though we discuss mesopelagics and the twilight zone – as far down in the ocean, we see from this imagery that we are still only grazing the areas open for exploration at the depths of hte ocean!

About the Author: Rachel Tiller