Mesopelagic organisms are important prey for cetacean species, that are known to feed heavily on them, diving to great depth or relying on the diel vertical migration of mesopelagic prey to surface waters [Gimenez et al., 2018]. However, limited information is available on how much mesopelagic prey is consumed by cetaceans. Consumption estimates for cetaceans are often lacking due to the data deficiencies on diets and abundance estimates. One of the objectives of project SUMMER is to quantify consumption estimate for cetaceans and investigate the importance of mesopelagic organisms on their diet. To achieve this objective, the IMAR – Institute of Marine Research implemented a bioenergetic modelling approach developed by Spitz et al., (2018) using a new diet composition and energy densities database, compiled within the project SUMMER, combined with the first population estimates of cetaceans in territorial waters of the central islands of the Azores region and the energetic requirements of the cetacean species inhabiting this region. 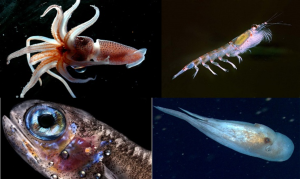 Figure 1. The most important prey species consumed by cetaceans inhabiting the central group of the Azores region

Diet information from stomach contents of stranded and bycaught cetaceans from the North Atlantic was retrieved from scientific peer-reviewed articles and technical reports and compiled into a database, [Silva et al 2021]. The database included individual information on the area of each study, on the cetacean species (ie number of individuals, length) and on their prey (ie % of total weight composition) and on the energy density of each prey species. Prey species were grouped into functional prey groups (mesopelagic cephalopods, non-mesopelagic cephalopods, crustaceans, demersal fish, epipelagic fish, mesopelagic fish and zooplankton).

The energetic requirements of each cetacean species were calculated using the basal metabolic rate (BMR; kilojoules per day), which is the amount of energy that an individual uses to simply stay alive in the absence of any physical activity, which varies with body mass (kilograms) (Spitz et al., 2018). As the energetic costs of both physical and physiological activities (ie., thermoregulation, foraging and reproduction) vary between cetacean species, a different activity cost value specific for each cetacean species was added to the BMR to estimate the average daily metabolic rate (ADMR). To estimate the amount of daily prey required by cetacean species (average daily ration; kilograms), the ADMR was converted to wet mass of ingested food by using the energy density of each prey species combined with the proportion biomass of prey species in the diet of a cetacean, and corrected by the assimilation efficiency.

Estimates of cetacean consumption for each functional prey groups were calculated based on the mean estimate of abundance for cetacean species, the average daily ration, the proportion of biomass of prey group in the diet of cetacean species and on the number of days that cetaceans’ species spend in the study area.
The literature survey showed that the cetaceans inhabiting the Azores region feed on a wide variety of prey, but Cranchiidae (Megalocranchia sp., Teuthowenia megalops), Histioteuthidae (Histioteuthis arcturi, Histioteuthis bonnellii), Myctophidae (Diaphus sp., Notoscopelus kroeyeri), Octopodidae (Octopus vulgaris, Eledone cirrhosa) and Ommastrephidae (Todarodes sagittatus, Illex coindetii) represented 50% of all prey consumed (Figure 1; 2). 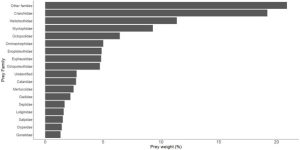 Figure 2. Percentage of prey weight on the diet composition of cetacean species by prey families. 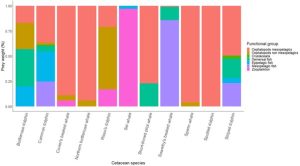 Figure 3. Percentage of prey weight on the diet composition by individual cetacean species 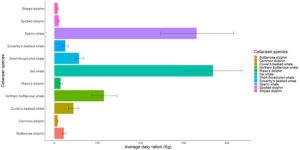 Spitz J, et al. (2018) Prey consumption by cetaceans reveals the importance of energy-rich food webs in the Bay of Biscay. Progress in Oceanography. 166: 148-158.

Text and pictures by: